The night the lights went out on my cutlass ha Hi all! New to the group as I just got this 84 cutlass supreme last weekend. Finally got her tagged yesterday and weather was nice so decided to take her out for a stroll. Everything was going great until I stopped to get the kid. Turned the lights off, turned the car off, 10 mins later, no headlights, no brights! Taillights are good, dash lights good and the little blue brights indicator was illuminated on the dash, blinkers worked….. anyone run into this? Any ideas of where a gal might wanna look first. Seems unlikely that allll my headlights died at the exact same time. Appreciate anyones ideas or tips as I get going on showing this gal some love!
S

Nice looking cutlass welcome aboard, check all the fuses and any loose wires under the hood around the lights 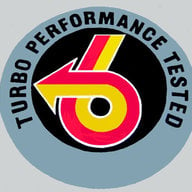 Supercharged111 said:
Did you check the fuses?
Click to expand...

I actually checked all the fuses since I couldn't find one labeled specifically for headlights.
H

Thank you. I'm waiting on one now. Went ahead and ordered that and new headlights, figured I might as well. Does that going bad cause the bright light indicator to illuminate on dash when the you try to turn the lights on? I just thought that was super weird but this is also my first car like this sooooo I didn't know. Thank you again.
H

303'505rollin said:
Nice looking cutlass welcome aboard, check all the fuses and any loose wires under the hood around the lights
Click to expand...

Thank you. I did check the fuses and then checked the wiring today when I was cleaning leaves and such out. All looked good there. Of course this would happen when I get her and gets dark the same time I get off work so now I can't drive her as much as I'd like. lol When mine did that it was the dimmer switch on the column not the headlight switch. The blue on the dash would be on with no lights and if i clicked the dimmer a few times the lights would come on and then go back off. The indicator was working like it was supposed to, just no lights
Reactions: 1 user Welcome to GBodyForum! Nice Cutlass. It looks as though you have already addressed the lights issue. And on an unrelated note, It's nice to see GBody Girls here as well, Heather. Most people seem to forget the car culture does not care who you are. Age, Sex, Religion, Race; we are a family bound together by are pure interest in keeping our automotive passion alive. Again, Welcome Aboard. Heather b said:
10 mins later, no headlights, no brights! Taillights are good, dash lights good and the little blue brights indicator was illuminated on the dash, blinkers worked…..
Click to expand...

The little blue bright indicator was illuminated on the dash. Now we're talking-

Since the indicator turned on, It appears the fuse, headlight switch and high beam switches all work.
Since all four headlights were out, I'd suspect a problem with the headlight grounds (the blue indicator turns on because the gauge cluster uses a different ground).

The headlight bulbs could be bad as well, but as you said, that's pretty unlikely.
Reactions: 1 user
Show hidden low quality content
You must log in or register to reply here.