So, the more I mess around with redneck trailer #1, the more I wish I had photo documented it all. And the more I learned I would do different.

So I'm about to embark on redneck trailer number two. I suspect there's going to be a good bit of discussions before I start cutting and banging on stuff, so thoughts and input are welcome.

The axle will be a 14bt sf, and I don't plan on removing the guts as my 12bt tows just fine with everything this left inside.

Wheels will be plain steel with poverty caps, rolling on lt285/75/16 rubber. Could be transforce HT? Might be what's on sale.

I'd like to have brakes this time around, so, I plan on cutting and flaring the factory brake lines from the truck and installing either surge brake controller or electric hydraulic using the original drum setup. Former is cheaper, latter is better. I'm also thinking of taking a spare ebrake pedal from a gbody and attaching it inside the frame rail to what's left of ebrake cables. That should eliminate wheel chock needs?

Lighting I'm experimenting now with redneck trailer #1. I bought a trailer wiring kit that I'm going to try to splice into the OEM tail lamp harness for a c/k truck. I hate wiring work but I can't imagine it to be too bad. If got 4 rear harnesses if I screw something up I shouldn't. Logistically I didn't look to see if the kit included provision for license plate lights, which I use the bumper mounted variety for.

Other than that, theres to be a trailer jack, and I've got a list of ideas for cosmetic and utility improvements for spare tire carrier, maybe some built in side body storage, a few other surprises.

The first one was tossed together on the road quick from need. The second one I'm thinking of really taking time and going all out with.

But I'd love thoughts on the braking. 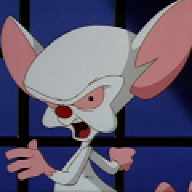 No thoughts on the braking, but I'm looking forward to this build.
Toggle signature
- Craig Every trailer Dad has built is built around agricultural implement 8 bolt hubs, 16" ford or implement steel wheels, and those 235/85/16's that came used off his work E250 van at the time or out of the county tire recycling bin.

235/85/16's in semi OK shape used to be super plentiful because every twin I beam F250 had worn out front suspension and ate the front tires at a high rate so people would change all 4 and have good takeoffs off the rear that got scrapped or sold for $20 at the tire store discount rack.

But those days are LONG gone. Not enough 16" tire 3/4 ton pickups on the roads anymore.

And don't be THAT lazy, pull the pinion and ring gear Not that the opinions of other people matter but when I see redneck pickup box trailers with the pinion spinning around I point and laugh

Why? Because i plan on stepping up to the same size tires on the towing rig I think, and I'm going to run the same size on truck, trailer, and have 2 spares (one mounted to truck, one to trailer.)

Right now it's running 265/75/16 so I could see going back down to that size, maybe. But that's the logic anyways.

Every trailer Dad has built is built around agricultural implement 8 bolt hubs, 16" ford or implement steel wheels, and those 235/85/16's that came used off his work E250 van at the time or out of the county tire recycling bin.

235/85/16's in semi OK shape used to be super plentiful because every twin I beam F250 had worn out front suspension and ate the front tires at a high rate so people would change all 4 and have good takeoffs off the rear that got scrapped or sold for $20 at the tire store discount rack.

But those days are LONG gone. Not enough 16" tire 3/4 ton pickups on the roads anymore.

And don't be THAT lazy, pull the pinion and ring gear Not that the opinions of other people matter but when I see redneck pickup box trailers with the pinion spinning around I point and laugh
Click to expand...

Whelp, the biggest reason behind leaving the gear and pinion setup in the trailer is a couple reasons, but, biggest one is that it's a 4.10 limited slip. Should the rear in the tow vehicle ever blow out, I've got a somewhat ready made replacement sitting there I could swap in without spending a ton of cash on a rebuild, and without wasting time getting the lash and all set properly.

I don't mean roadside repair, but big picture it's like keeping a spare part, but getting use at the same time.

81cutlass said:
Can you do one of those master cylinder in the hitches like Uhauls do?
Click to expand...

If you mean the trailer tongue actuation then yes, that would be the surge brake setup.

Depending where you drive and traffic it's kind of annoying in stop and go traffic with the thunk and drag you keep getting,, but,, it is a tried and true system that saves some money.

Supercharged111 said:
Couple questions: what do you want to haul with this? Cuz last I checked you own a truck.
Click to expand...

Yes, have a couple trucks, and a couple suvs.

But, well, idea is whatever I feel like. Mostly I envision things you don't want to throw in the truck bed to smash the heck out of it - 6" river rock or granite rip rap. Extra dragging out capacity for pulling firewood timber out of the back acreage, with ground clearance utility trailers don't give. Cut up car bodies and frames for scrap metal.

It'd be nice to not have to be gentle throwing the junk in while trying to avoid banging up the bed.

Could use it for swap meets too.

Sometimes you'd rather drive the suburban or yukon xl than a pickup, but, need the extra height in cargo area or something is messy

Supercharged111 said:
Were I to build a trailer it'd be a more traditional flat deck maybe with stake pockets so that's kinda where I'm coming from.
Click to expand...

The 8 foot truck bed with the frame has stake pockets to expand upwards if needed too.

I'm on the lookout for a decent car hauler/tractor hauler as well. But I've got free time, and piles of truck carcass parts. And I've got redneck trailer #1 already, built from 1/2 ton with 12 bolt rear, 235/75/15 tires. It matches the half ton truck in weight and duty. It seems nice to have a separate matching trailer for the 3/4ton, and, I've got a lot of ideas and features that it seems would be fun to try out.
Reactions: 2 users interesting! keep up the documentation! I'm going to be converting a front-end wrecked El Camino into a matching trailer. Watching for all the little things you post that make the job correct.
Reactions: 1 user
C

So, today hit it hard. Stripped off the sheetmetal, wiring, ac units, glass, anything and everything attached to the cab except the welded metal.

Then i started harvesting the welded on bits i wanted off the cab such as the dashboard support. That's for an entirely different project I'll get to... well... sometime/someday??? Then, after chopping more of the cab up I wore the cutoff wheel away, used up the last cutting wheel on the angle grinder as well, and switched to the Sawzall fire & rescue blade.

Since it was full on Sawzall mode it was also time to do this: If you're astute you'll notice that a PO had swapped over to a 5 lug front crossmember instead of 8 lug. They had big plans of slamming it and it sat... and sat... then became my parts/trailer rig. Still has the 8 lug 14 SF and big rear spring pack which is all I care for my purposes.

So there we are. I shoved it forwards into the end of the work bay to free up space without taking carcass pictures.... for now. Did a little ckean up throwing things into rack after, need to go dismount those mustang takeoffs. The brakes sounds to complicated. Not in terms on parts but in terms of getting it to proportion properly.

I've never done this with a truck axle but with proper trailer axles, you can buy assembled brakes. Like everything on the backing plate, including the backing plate, shoes, magnets, springs and 1 wire ready to go for like $100. The wire up a brake controller in the truck and run 1 brake wire to the trailer light connector.