Propane - Anyone know a thing or two? 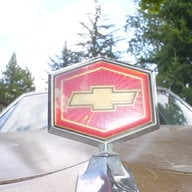 Posted on the fuels forum, but it's pretty slow over there. Not sure if anyone here has messed with propane, but I'll just paste what I posted on their site.

Well it's been parked for almost 3 years, would really like to figure this out now that I'm driving it again. Here is a video of what happens when I have the lockoff hooked up to the lower left vacuum port. I have the power valve plumbed to the start assist valve for some reason, but I'm assuming this is just acting like a plug because the SV is not wired up. You can hear the vaporizer pouring fuel into the mixer for almost 10 seconds after I stop cranking, and the engine will not start. With the lockoff hooked up to the power valve, it starts and runs fine except during and shortly after heavy load. I know this is wrong, but it's the only way it runs.

FWIW:
I swapped out the vff30 today for another one I had, but made no difference.
When I overhauled the model E 3 years ago, I swapped in the orange spring.
When it runs, I have the lower left port plumbed to the SV, but the SV is not wired.
When it is plumbed so it runs, it does not feed propane after I shut the engine off.
After (never during) heavy throttle or load, my afr goes rich almost off my gauge, then the engine hiccups and afr returns to normal

I'm really not familiar enough with this, so there is a great chance that I've done something stupid. I havent had the time to swap the vaporizer out for an X1 I have, but even if that fixes it I'm still very curious about what's wrong. Toggle signature
Spent a night in the box. The regulator seal is likely split and you’re running on high pressure fuel from the lock-off.

Anyone else kinda tired of "One of ***" claims?

Anyone know where i can find the "sail lamps", commonly referred to as "opera lights", for an 1984 Regal?