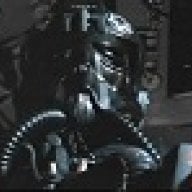 1. 1987 Buick Regal with a full MCSS powertrain swapped in.
2. I only drive it during the salt free months. Here in NJ they go ape sh*t with salt even if there is no snow.
3. Car no longer needs to pass inspection testing, through I keep it emissions legal anyway.
4. Original E4ME Qjet which has been rebuilt and performanced tune including a ZZ4 chip.
5. CZF 2004R that came with the 305 with a higher stall than stock TC. POSI 7.5, 3.73 rear.
6. I try to drive it in dry weather.
7. I don't race the Regal.
Toggle signature
HO 305 powered Regal with CCC.
TES headers, 2040 Crane Powermax cam, ZZ4 intake, 9.5 compression, 2500 stall converter, SMI built CCC Qjet, 3.73 POSI rear.

My karma ran over my dogma
Reactions: 1 user Hi guys.......I'm still around though I don't check in near as much anymore.

I'm pretty much fully retired now so there are actually days I don't even start a car. That being said with one exception everything I've built over the last 30 years or so have been put together with an eye on being able to be able to drive daily and capable of making a 4000 mile round trip from AZ to IL.

I still drive about 10,000 miles a year but am currently splitting the mileage between my 2 primary drivers; my 83 El Camino (508 Cadillac/TH400/9" with 2.75 gears and Monte Carlo nose and doors) and my 87 Dodge Ram 50 which is basically a rebadged Mitsubishi Mighty Max (283 Chevy, T5 5 speed, and original rear end with 3.91 gears). Both have made the trip to Illinois and back several times. With the weather in AZ they are both year around drivers, but both have made have made at least one of the Illinois trips during the winter (snow and salty roads and all).

The El Camino is probably the most comfortable and is also my work horse; pulling trailers, being used to carry parts to the swap meets, and hauling wood. A couple weeks ago I was even using it to pull tree stumps out.

The Ram 50 is a ball to drive being small and lighter with a manual transmission. Great for quick trips to town and just goofing around.

1) That would be me. Personally I find driving new stuff a bit boring.


3) No state inspections here but everything is functional. Both have cruise control, good stereos and stockish interiors.


4) Both carbureted with electronic iginition.


5) As mentioned both were built for the highway and cruise easily at 75-80+ for hours on end. I know this is not about fuel efficiency but the El Camino does get around 17 MPG and the Dodge does around 20 MPG.

7) Other than the occasional "exhibition of speed" out on the open road neither has gets raced.........I have a completely uncomfortable, overpowered, ill handling, 37 Dodge pickup with a first Gen HEMI for those sunny (not too hot) days.
Toggle signature fleming442 said:
Funny, when I saw the title, my first thought was that a real street car should see at least 10k miles per year.
You want to see v8s, but I'll be the first in line to throw the Series 2 up against a wheezy, low compression v8 of the era. Bring it, don't sing it!
Click to expand...

Nope- GM/Buick 3800 Series 2 (unless LR used them...)
Click the link below....
Toggle signature
"I've always been crazy, but it's kept me from going insane." - Waylon
There is no spoon.
02 Firebird/85 Bonneville Mashup "Lipstick on a Pig"
Reactions: 1 user 565bbchevy said:
I guess what I was hoping for in this thread is that someone was driving something that qualified for the 8-10 questions.
Click to expand...

Me too. We got only one impressive response to this subject. At least all of the folks that chipped in were honest. Very uninternet-like.
Toggle signature
519" Cadillac powered G-body
500" Cadillac powered '57 F100
Member of the Anti-LS Consortium
Reactions: 1 users

I see a retired coworker around occasionally; he is STILL (after the 21 years I've known him) driving his 70 SS 396 Chevelle. I think it's his only car, and I'd say it qualifies. Probably runs 13s, but alas, not mine.
Toggle signature
"I've always been crazy, but it's kept me from going insane." - Waylon
There is no spoon.
02 Firebird/85 Bonneville Mashup "Lipstick on a Pig"
Reactions: 1 user

I work 5to6 days a week but only drive one day to work no DD classic for me
You ask why
I drive to work Monday grab a company vehicle head to the airport fly out get my rental car drive to the job site then to the hotel at the end of the day
I’m in Spokane Washington this week
Come Friday I fly home
So do I drive my hod rod to work and let it sit outside all week hell no
I envy those who can DD a hot rod as a daily commute
Toggle signature
Engine Master
Reactions: 1 users fleming442 said:
Funny, when I saw the title, my first thought was that a real street car should see at least 10k miles per year.
You want to see v8s, but I'll be the first in line to throw the Series 2 up against a wheezy, low compression v8 of the era. Bring it, don't sing it!
Click to expand...

I'd guess that miles driven per year is more of a geographical thing.

I've lived relatively close to where I work (32yrs now @ the same company/in the same city). I hate sitting in traffic. Where I live, a 30min drive on the highway @ 10pm during the week or weekend is usually a 1-2hr crawl during drive time hours. So I stay/live close to where I work intentionally. I prob average 20miles/day. I put maybe 6500miles a year on just 1 vehicle if/when that's all I'm driving but I've usually always had 2 or more and that's not including my significant others ride(s).

I still own the 67 & 64 Chevy trucks but they're both in the rebuild phase. The 89 CC dually, 99 CC, & 78 'Bu are the current registered vehicles. I recall max mileage being about 3k on the one that's driven the most. The old pick-ups did rack up multiple 1500mile trips to various Spring/Summer car shows w/the non-OD/carb'd drivetrains. Heaters, HEI, & retro fit stereo's were their only 'accessories'. No real Winter weather concerns in Texas.

Back to the top.