So I finally managed to complete the exhaust system for my 85SS on the last day of last year. (Pictures yet to come) I am toying with an idea to add an additional set of hangers at some point along the pipes to take some of the weight and stress off the bell connections at the header reducers.

Today turned out to be back to the brakes day. Specifically back to the back brakes to remove the old cables for the hand/emergency brake and replace them with new ones so that I can re-assemble that system again. May also be looking at new shoes as the leading shoe on the driver's side seems to be showing more material consumed than the trailing shoe. As it is supposed to be the trailing shoe that hits the drum first, this is odd but not uncommon for me to discover. Elected to drop everything out as far as the bare backing plate, give it a good wire brushing, knock off most of the rusticle infestations that seem to form anywhere water and heat are present and expend some effort to apply a good coat of basic black enamel paint. That will dry over night and give me a good starting point for the re-assembly.

Part B of this exercise is to expose the passenger's side and dig into its brakes, lather, rinse, repeat.

For the amount of times that I actually use the hand/emergency brake, I probably could have left the whole business unaddressed. The only reason that it is the way it is, is that I removed the cable from the pedal to the connector clip to get room to replace the floor pan and modify the fuse block to gain swing room for the third pedal.

For those who have never been up close and personal with the firewall fuse block it essentially consists of a central core on which the fuses are located and has perimeter attachments that carry other necessary items. These perimeter sub-blocks can actually be re-clocked in terms of where they attach to the central body as all its edges carry the same tongue and groove hooks that are matched by those on the outriders. Simply and gently remove the sub-block from where it is and move it to the side on which you want it to be and snap it into place; just make sure that any wires attached to it have enough slack in them to allow the shift in location to occur and that the new configuration can be attached back onto the firewall without wrecking on anything else immediately adjacent. (No. I did not take pictures of all this. Could do it with a salvaged harness and block assembly that I have in one of the super totes but teaching and lectures do not come easily to me so...…….)

I took the Pig out for a ride today for the first time in 3 weeks. The tires were flat spotted, but it's still a blast to drive.
Toggle signature
"I've always been crazy, but it's kept me from going insane." - Waylon
There is no spoon.
02 Firebird/85 Bonneville Mashup "Lipstick on a Pig"
Reactions: 8 users 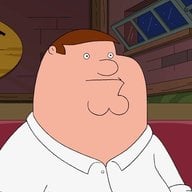 Doubtful, as this is just 2020: Remastered
Reactions: 4 users After getting some weird hard starting issues figured out, I had to change my wiring to the fuel pump to add a relay in. I’m currently way in over my head with wiring on the GP dash: I’m wiring in momentary toggle switches for the starter and an override for a low oil pressure safety in case I have to start it in the cold. Good news is that the harness I’ve cobbled together works, although I think I may be missing a few connections for things I don’t have on hand or threw out without thinking. I’ll post up the litany of pictures I’ve got of the loose ends in my build thread.
Reactions: 9 users

Ordered new brake shoes for the rear brakes on my SS and swapped out the set of work lights that used to be under the car for the set of new ones that I just finished fabricating the new set of upgraded bases for. These are 1000 lumen LED units so will make seeing what is going on and where that last miserable bolt-(You know the one I am talking about...) easier to locate and retrieve.
Reactions: 1 users
Show hidden low quality content
You must log in or register to reply here.